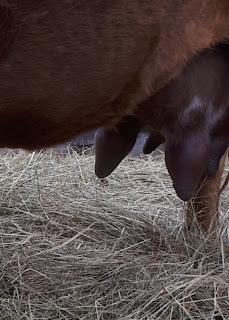 Meet Ally and her bull calf, aren't they adorable? This bull calf was born yesterday and as you can see he is doing very well. What is concerning is Ally's udder. See how large it is? We don't want any of our animals in pain or at risk for infection so we decided to get her into the squeeze and milk her down. But first we decided to wait and watch to see if her calf was even able to suckle on those large teats, he wasn't. So from there we had to decide our best course of action. Carry the calf to the squeeze and hope momma Ally doesn't get angry? Or herd her and the calf to the alley, then through the squeeze. I so wish Ally was halter trained like her mother, it makes things so much easier. I think from now on we will make halter training a priority. Sorry off topic a bit there. Anyway we decided to usher the calf through the pasture with momma following, a little too closely if you know what I mean, we got the calf into our holding pen and then momma followed him right in. It was quite smooth so far. Well the trouble came when she went down the alley and she could no longer see him. After some fantastic man power from my hubby we managed to contain Ally in the squeeze and stop her from tearing the squeeze clear from the fence. Yeah she was a bit emotional. I then got the calf in front of her and all was well in her world. Now down to the udders. We realized that they hadn't been suckled on at all so they were quite sore for her. We rubbed them, got her to relax and finally was able to milk her. I tell ya I wish I'd had a pail to grab that milk. There was so much! Poor Ally. We milked her until both teats that were swollen up with milk were completely empty. She was so amazing. This is only the second time that we've milked her and she didn't even flinch, didn't try to kick us or anything. We will be keeping a close watch to make sure nothing goes wrong but so far I think we've caught it in time. Now it's time to give them space to bond and grow! I love our little herd! 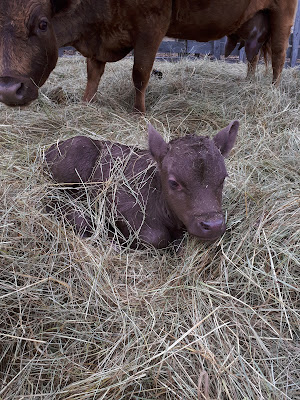 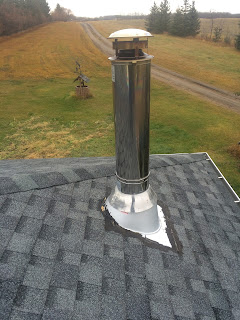 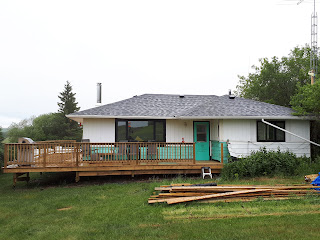